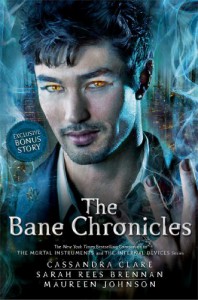 A full 4 stars; possible spoilers ahead:

Okay, so I read the first three in the Mortal Instruments series and Magnus Bane very quickly became my favorite character. (Along with Simon and Luke).

I had my own hesitations about continuing the series and after reading some truly scathing reviews of the next book in the series, I decided to skip it.

But having a chance to read about the exploits of Magnus Bane....I just couldn't resist. I saw some bad reviews of this book and I don't really understand why. Magnus is hilarious and always getting himself into some kind of situation. And unlike Clary and crew, his situations make me laugh. I've yet to want to strangle Magus and I ALWAYS want to do bodily harm to someone in that group of teeneaged Shadowhunters.

The bonus story made me very sad. I've had enough spoilers to know that Magnus and Alec have a bad break-up, and eventually get closure and become friends. And apparently they manage to find their way back to romance, which makes me very happy. Not just for Magnus, but for Alec as well. I feel like he really needs his relationship with Magus, otherwise what else does he have--other than being a demon hunter?! It seems like his whole life revolves around looking after his sister and Jace in battle, and pining after Jace. With Magus in his lofe, he seemed to have broken out of his shell a bit.

Anyway, after hearing all of those voicemails begging and threatening Magnus to forgive Alec, I felt so sad. And Alec calling and finally giving up, saying that he wouldn't call or text anymore...well my little ice cold heart melted! Now I want to finish the series just to find out the full story behind the break-up, but more importantly to see them reconcile.

I very much enjoyed this. I read half and then listened to the enitre audiobook. If you haven't listened to it, it's worth it to hear some of your favorite people voicing Magnus and his shenanigans--particularly Gareth David-Lloyd! 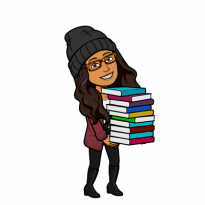